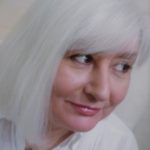 Christine Asbrey has lived and worked all over the world in the Police Service, Civil Service, and private industry, working for the safety and security of the public. A life-changing injury meant a change of course into contract law and consumer protection for a department attached to the Home Office. She lives with her husband and two daft cats in Northamptonshire, England—for now. She’s moving to the beautiful medieval city of York.

Did you ever consider writing under a pseudonym?
I kinda do. I write under my married name and feature on social media under my maiden name for social interactions. I also write under initials. I don’t hide my gender, but it’s not immediately obvious when you look at the book cover.

Do you want each book to stand alone, or are you trying to build a body of work with connections between each book?
‘The Innocents’ is most definitely part of a larger body of work. It’s the first of a trilogy, but if people like them there’ plenty of scope to keep them going. I would still continue with each book being a self-contained mystery with the larger universe of the characters providing an over-arching connection between the books. The third book is written and at editing stage, but there are plenty of trials I can still put the characters through yet.

What is your writing Kryptonite?
Emotional upset for sure. My last book took me a year to write as I was distracted by my husband being injured in an accident and my mother-in-law passing away from a long illness. I was very lucky to have a lovely mother-in-law. She is sorely missed.

What other authors are you friends with, and how do they help you become a better writer?
I’ve met many wonderful people on this journey and I’ve found them to be an incredibly generous and open community. I’d really encourage new writers to reach out and make contact. Not only will you find that they share resources, but you’ll probably make all kinds of new friends too. There are too many to mention but Kit Prate and Joanie Chevalier deserve a special mention. Both have been so supportive and inspiring to a brand new writer and have gone the extra mile in helping me cross over so many barriers. Kit introduced me to her publisher after reading my work, and helped me out of the slush pile. Joanie helped to point me towards the various groups which help a new writer with marketing and publicity. Not only that but she actually made up some advertising material and told me to ‘get my swag on.’ I was being far too Scottish—reticent and unwilling to look like I was bragging by saying my book was good. Both ladies have been incredible and I can’t thank them enough. Read their books and you’ll soon see how lucky I was to be assisted by them.

What was an early experience where you learned that language had power?
That would be in my work as a young police officer. I learned that talking people down from spiraling emotions is a powerful tool in keeping people safe, and more potent than violence. I also learned that listening to detail is vital too. Noting the small things helped to push cases along in gathering evidence. I also learned the complex and intricate ways people use language to put you down and grab power in a situation. Understanding that really helps you stay in control of a situation. 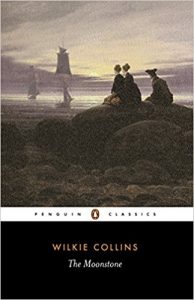 What’s your favorite under-appreciated novel?
That would have to be ‘The Moonstone’ by Wilkie Collins. Not only is it considered the first proper detective novel in the English language, it also shows working class females as rounded characters instead of foils for male attention. It also is the first to introduce many of the elements we take for granted in mysteries such as red herrings, false suspects, the skilled investigator, and a final twist. Collins was actually vastly more popular than Dickens in his day, but is now largely forgotten in comparison.

What kind of research do you do, and how long do you spend researching before beginning a book?
Copious amounts. ‘The Innocents’ has taken years of research into the work of the early Pinkertons, especially the female agents and the kind of work they did, including their methodologies. I research everything, even the stationary which was in use and the correct codes for the telegraph stations mentioned in the books. The theatrical make up used as disguises in the book began to flourish right around the period the books are set in as lighting improved and people could see the flaws in the rudimentary stuff previously only lit by candles. The forensics are fascinating to dig into too. You name it I researched it.

How do you select the names of your characters?
As I write 19TH century characters I try to keep them in period and maintain a sense of place. I’ll research popular or unusual names as well as using names of people I know if they’re appropriate. I’ve also been known to add really unusual names to my note as I come across them. Some are too good not to use. 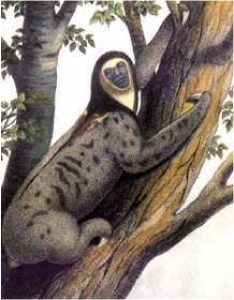 As a writer, what would you choose as your mascot/avatar/spirit animal? Lol, maybe a giant sloth? Or one of those dogs or cats which go viral for bumping into glass doors or falling off things.

Who is the most famous person you have ever met?
That would be either the Pope of the Queen – on a protection duty. When the Pope visited Scotland I was the police officer at the bottom of the aircraft steps. We then moved with him into the city. As a fun aside, the glass-covered vehicle he used was nicknamed the Pope Mobile by the press. The crowds were all still there when we returned to the airport in the Pope mobile without him. We stood in full uniform waving flowers out the top to cheering crowds as we drove the full length of Prince’s Street in Edinburgh (the big main street in Scotland’s capital city). The crowd cheered us and waved flags as we passed. Only a Scottish crowd could hail a car full of police officers like that. Great fun.

What was your hardest scene to write?
The interrogation scene. I had to inject a sense of menace into it to make it work. I know it’s not usual to make your hero do bad things, but he’s a professional criminal and he has to find out who this mysterious woman is and how much danger the heroine poses to him.

How long have you been writing?
I’ve been playing with the characters for about ten years, but work and life got in the way. I started writing seriously about two years ago and spent about a year being turned down by everyone. I acted on every bit of feedback and continually got my work reviewed and improved until it was polished enough to be accepted.

What inspires you?
Often fact is stranger than fiction, so I’ll start with real crime or criminals. I‘ll then change it to ensure that even people familiar with that particular crime can’t guess whodunit. The stories are inspired by real crimes and people but they are not a memoir. They are stories where everything is historically possible. It either happened or could have happened.