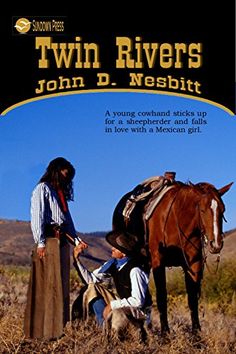 When Clay Westbrook stakes his own claim in the rugged Wyoming Territory, he hopes to run few cattle on it while he continues to work as a cowhand. But when a Mexican sheepherder, Tony Campos, is bullied by local land baron Theodore Sutton and his hired thug, Clay is fired from his job for defending Campos. Though Clay thinks that he’s seen the worst of things, he quickly discovers that Sutton is behind a corrupt land grab and irrigation scheme—and he means to take Clay’s homestead as part of his plan. Clay realizes he is fast falling in love with Campos’s spirited niece, Lupita, and is unwilling to put her in danger—but Lupita is determined to help Clay put an end to Sutton’s underhanded plotting with some dreams of her own.

Another excellent work from the author of the acclaimed One-Eyed Cowboy Wild. —Booklist

Increasingly sensitive and human, Clay Westbrook is very much a hero for our time. —Western American Literature

Nesbitt demonstrates himself a skilled wrangler of detail and character. —Publishers Weekly

. . . certainly the genre can’t ask for a better portent than a western written by John Nesbitt. —Roundup Magazine