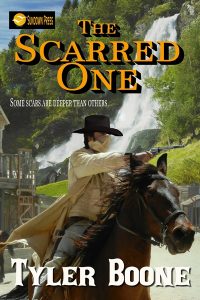 Scarred by a mysterious fire that killed his parents when he was seven, Trenton Banning grew up in a San Francisco orphanage. Ten years later he fled to the freedom of the Rocky Mountains. Now, he’s come to the town of Sun Falls, Wyoming, where a silver strike has triggered a boom. He isn’t after riches, though. He’s there for Jonathan Hunsinger, a ruthless businessman who may know something about the fire that orphaned Banning.

Hunsinger has a beautiful daughter, Elizabeth. That complicates things for Banning. And after an attempt is made on his life, he realizes that someone is willing to kill to protect Jonathan Hunsinger’s secrets. There are plenty of suspects; Elizabeth is one. Besides trying to stay alive and solve a decade-old mystery, the young mountain man now has to wonder—is Elizabeth the woman of his dreams, or the architect of his nightmares?