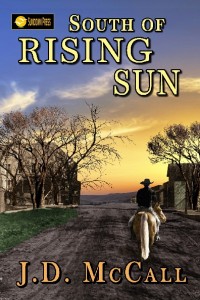 U. S. Marshal, Alistair Taggart, has spent almost seven years protecting the citizens of Bleeding Kansas from the lawlessness surrounding its push to achieve statehood. Now, Kansas has entered the Union as a free state, but the violence threatens to continue when the Civil War erupts only three months later. During one of Taggart's regular visits to the former Kansas territorial capital of Lecompton, local rancher, James Harper, enlists the marshal's help to catch the cattle rustlers intent on stealing his livelihood. But Kansas is just beginning its reign as the wildest state in the Union, and Taggart must also deal with Jayhawkers, highwaymen, unpredictable weather and those hell-bent on revenge. Taggart finds his job further complicated by a runaway slave and animals gone delinquent, along with his own concerns that age may finally be catching up with him. Solving the case will prove harder than Taggart ever imagined, and its resolution will cost him dearly. Sometimes, justice only comes with a price.