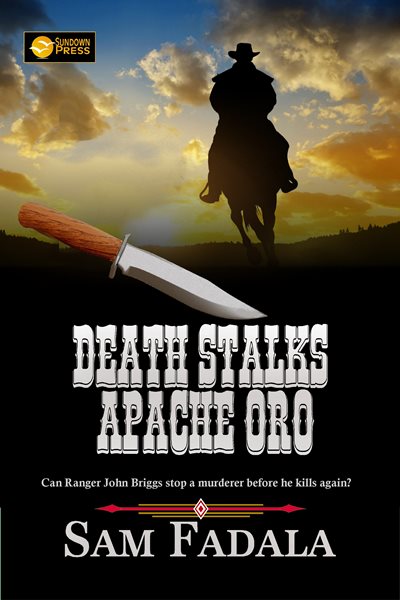 The killings only happen at night, and only to the fairest of the “working girls” who live in their haven, the Citadel, near the town of Apache Oro, Arizona Territory.

Arizona Ranger John Briggs is called in to investigate, along with local law enforcement officials. Failure to find the murderer haunts them all—he’s someone local…maybe someone they all pass on the streets of Apache Oro every day.

But this is no ordinary killer. He manages to vanish into thin air, like the skinwalkers the Navajos speak of. Is he mortal? Is there any way to stop him?

One by one, the men of Apache Oro are ruled out as suspects. When the murderer strikes again, killing someone close to Briggs and severely wounding him, he knows he’s getting close to discovering the killer’s identity. Ranger John Briggs doubles down on his vow to find this heinous criminal, as DEATH STALKS APACHE ORO…