The daughter of a police chief, and named for her attorney uncle, Harol Marshall’s interest in law enforcement is a natural. An anthropologist by training, Ms. Marshall spent thirty years in academia before retiring to write fiction. She is the author of ten books and several short stories, all of which have been influenced by her interests in culture, religion, and politics. Harol lives in North Carolina with her physicist husband and three cats, and when she’s not at the keyboard, she’s reading, cooking, dancing, or watching cop shows on TV.

Tell us a little about yourself? Perhaps something not many people know? 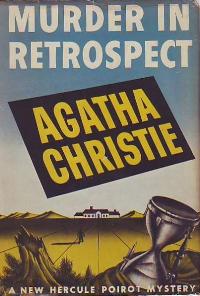 I’ll start with the obvious question because who doesn’t like to talk about him/herself? (It’s an evolutionary thing.) I grew up in Upstate New York on a ten-acre family farm, which I tell about in my short story book, “Growing Up With Pigs.” My father was the Deputy Chief of Police in my town and a great storyteller as were most of his siblings. My British mother came to this country at the age of twelve and at age eighteen decided to stay when her parents returned to England. She worked at home managing our small farm and caring for me, and my four younger brothers. She was an avid reader and introduced me to Agatha Christie at about the same time my sixth grade school librarian introduced me to Perry Mason, which is how I got hooked on mysteries and eventually, hooked on writing them.

Now, I’m throwing this one in for our aspiring writers. Did you come across any specific challenges in writing your first P.I. Berger book? What would you do differently the next time?

Every book has its own peculiar challenges. The funniest challenge for me came when I started The Case of the Catwalk Saint (The CatWalk being a Hollywood strip club), and had to do with my characters using bad language. Keep in mind we’re dealing with the seedy side of society in P.I. novels. Bad language is a given.

However, in my personal life I never swear, which is weird in this day and age, I know, but my mother was strict about ‘lady-like’ language and managed to equate swearing with something close to mental and moral deficiency despite the fact that my father swore like a trooper since, of course, he was one. Nonetheless, the lesson stuck and I found myself uncomfortable putting bad words in the mouths of my characters (a failing I’ve since overcome).

To resolve the issue, I gave P.I. Polly Berger an English teacher mother who disapproved of bad language in much the same way as my mother. Polly handled her problem (and mine) by instituting a ‘no swearing’ policy in the workplace and during working hours. Would I do things differently? Not a chance. Overcoming the swear word challenge ended up as a plus. Polly’s ‘no swearing’ decree is one of her quirks, and it’s produced many funny lines when those around her try or sometimes don’t try to follow her rules.

I think of the issue as another example of the adage ‘making lemonade out of lemons,’ which I’ve found to happen frequently in the writing business. Often, some of the most difficult challenges, including plot problems, result in unique solutions that only make the story better.

Does writing energize or exhaust you?

Writing neither energizes nor exhausts me, but rather, relaxes me. I’m a serious introvert and love having time to myself, which writing gives me. Growing up I loved to read, which my mother claims I taught myself to do at around the age of five or six by following the words on the page when she read to me. Reading for me, was an escape from the world, from problems, and from the general chaos of life, as well as an enjoyable way to learn about people, places, and ideas.

While I still read a lot, though far less fiction than I used to read, writing is a similar escape. I’ve always lived inside my head, so creating characters is easy. Swapping jokes and stories was a staple of my family’s conversation growing up, so telling stories also comes naturally. In fact, I tend to think of myself not so much as a writer, someone enamored of words, but rather, as a storyteller, someone who loves sharing stories.

What’s the most difficult thing about writing characters from the opposite sex?

Despite being female, I have more trouble writing female characters. I grew up with four brothers in a neighborhood where I was the only girl. Boys lived next door—two on one side, three on the other; three more boys lived across the street. I spent my childhood playing baseball with the boys, basketball with the boys, cowboys and Indians and cops and robbers with the boys, along with other tomboy activities like hut building, and swinging in the tops of pine trees. As a consequence, I feel I have a good bead on what makes males tick.

Women, on the other hand, baffle me, no doubt because I spent none of my childhood engaged in traditional girl activities, though I did start babysitting my brothers at the age of eight. That said, my favorite character to write is a female—P.I. Polly Berger, who lives in a man’s world, thinks like a man, and likes men. Nearly tied for first place with Polly are two of my male characters: Commander Cortez (a really good guy) in my Mexico books and Peter (Chilly) Chilcott (not such a good guy), the assassin in my Singapore Assassin book. I love writing both characters because I feel I know them and how they think. They’re easy to predict.

Finally, even though I’m an emotional person, I prefer writing characters who are not controlled by their emotions, which may be the reason I eschew writing romance novels. I do, however, include some romance as a subplot in most of my mysteries.

If you could spend time with a character from your book whom would it be? And what would you do during that day?

I would LOVE to spend a day with Hollywood P.I. Polly Berger, the character my writer friends claim is my alter ego. Their view, not mine. We would have lunch at La Gringa’s Restaurant so I could meet both Cinda Mae, who I think is a hoot, and her ultra-handsome Latino husband Pedro. Also, I’d like to sample their mole.

From there, we’d walk back to Polly’s office so she could introduce me to her secretary and part-time comedian, Bunny Contreras. I’d like to see if he’s as funny as my son who spent ten years on the road doing standup. While there, I’d ask Polly how her cases were coming along hoping she’d take me into her private office and fill me in on the latest. I could use a few ideas for my next book about her.

After that, we’d hop into her RAV4 for a jaunt to the Hollywood PD station on Cahuenga Blvd. to chat with Polly’s ex, Detective 3rd Grade Johnny Birdwhistle. Along the way, I’m sure she’d bemoan their relationship status—he wants her to marry him again, she loves him, but likes things the way they are, living in two separate spaces. Once I meet Johnny, I’d realize he reminds me a little bit of my father, also a police officer. What a coincidence I’d think to myself.

Polly’s identical twin sister Franny invites us to her house for dinner. Unlike Polly, she likes to cook. Polly likes to eat. They’re a match made in heaven, literally. To Polly’s chagrin, Bunny shows up since he’s now dating Franny. I don’t mind because I like his sense of humor. After dinner, Polly allows me to accompany her on a stakeout, at a house in the Hollywood Hills belonging to a famous movie star whose wife believes he’s cheating on her every time she travels to New Jersey to visit her mother. Hey, there’s an idea…

The stakeout is boring and I fall asleep. A few minutes later, Polly gives me a poke. “Hey, wake up,” she says. “He’s leaving the house, and I have a good idea where he’s headed.” To be continued…

What are some day jobs that you have held? If any of them impacted your writing, share an example. 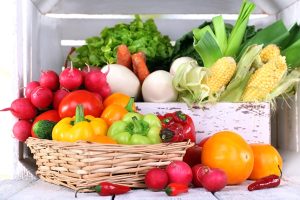 I began my working life at age eight babysitting my four brothers, stories of which I include in my short story anthology, Growing up with Pigs. At age ten, because I was good at making change, I manned our farm stand, picking fresh corn on demand, and strawberries or raspberries for 5 cents a quart. At sixteen, I pulled My First Bank Job, which I wrote about and you can read if you’re so inclined.

College led to new employment opportunities: mornings in the college snack shop (short order cook and barista, a term unknown at the time); afternoons, cleaning houses. In between I went to class. Weekends were reserved for babysitting gigs, not all of which went well (see my short story, Splish-Splash). Summer jobs varied and included lifeguarding, arts and crafts instructor, and choreographing a water ballet at the Sleepy Hollow County Club. One New Year’s Eve, I worked as a hatcheck girl, nailing down today’s equivalent of $248 in tips. Come to think of it, I should write a short story about that experience!

GE and IBM hired me for secretarial positions, two jobs that convinced me to continue my education. I’ve taught biology and anthropology at two major universities, one historically black college, and two small religious colleges—one Protestant and one Catholic. I’ve conducted field research in Mexico, and written two novels based on the experience (A Corpse for Cuamantla and A Corpse for Cortez). At one point, I coordinated a research program with the North Carolina Zoological Park, inspiration for my novel, Adieu at the Zoo.

During my final years in academia I was a project manager, running multi-million dollar interdisciplinary research and education projects that included state-wide technology training programs for teachers, and developing software for on online learning and virtual laboratories. Those years involved an immense amount of writing: grant proposals, reports, and research papers, all of which convinced me that at some point I could do what I’d always wanted to do—write mysteries. The transition from technical writing to fiction wasn’t easy, but perseverance is the name of the game. Besides, what could be more fun than writing fiction?