Elizabeth Clements resides deep in cowboy country in western Canada with her husband who is her real-life hero. She admits she’s an incurable romantic and thus her sensual stories always focus on romance, whether her heroines drive a buggy or a convertible.

What is your favorite childhood book?
This is a tie because two books had such an intense effect on me when I was a child. My parents loved to entertain and often had card parties during the winter months. When I’d first learned to read, my mother had bought me a big picture book which should keep me quiet while the adults played Whist. I sat reading in a big armchair when suddenly I burst out crying. Mom rushed over, thinking I’d hurt myself. And I wailed, “Bambi’s mother died!” I don’t remember her reaction, but I probably embarrassed her. She also bought me Heidi and I lost count how many times I read that wonderful classic. 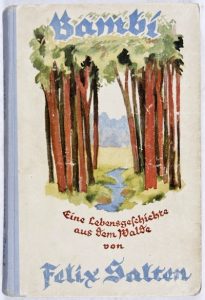 Did I tell you I was born in Austria? Perhaps that’s why I love that story so much to this day. And it probably influenced my choice of the heroine in Diamond Jack’s Angel, my novella published with the stories of five other authors in Hot Western Nights, an anthology just released on July 4th.

If you could tell your younger writing self anything, what would it be?
Submit. Submit. Submit. Stop dreading an editor’s rejection letter. Find a beta reader to read over the manuscript and carefully consider all the suggestions. Edit and submit.

If you were running the 100 yard dash with a new writer, what writing or publishing wisdom would you bestow upon him/her before you reached the 100 yards?
Refer to the comments in the previous question. Plus, never give up on your dream. Read lots of books and analyze what you liked and disliked in each book and apply that learning experience to your own writing. Trust your instincts.

Do you believe in writer’s block?
Yes, it can happen. In my case, recently, I had a very short scene inspired by a sexy rascal making a very bold statement while I was in a dream state. I wrote a brief scene then stalled because I wanted it as the opening of the story, but floundered after that because there were too many directions to go and I couldn’t choose or make it fit. Frustrated, I simply put it away, because forcing a story does not work, especially if there’s certain action earlier that leads up to this turning point in the story. With patience and a bit of simmering on the back burner, the resolution will present itself—probably in the dreamy hours of pre-dawn.

Do you want each book to stand on its own, or are you trying to build a body of

work with connections between each book?
Beneath A Horse Thief Moon was originally a single title book. But then I fell in love with Mike Sutton, a secondary character who insisted he wanted his own story in Beneath A Fugitive Moon. Not to be outdone, Josh Hunter, another secondary character, whispered very persistently in my ear about that saucy little redhead he wanted to kiss again. And thus, the Prairie Moon Trilogy of three U.S. marshals was born. When I fall in love with a character(s) I don’t want the visit to end, and thus I love seeing them reappear in subsequent books. Each story dictates if or how it will continue. And sometimes readers want more….

Have you written any other books that are not published? How many unpublished and half-finished books do you have?

Altogether I’ve written and finished twelve books—initially contemporary romances, but then with the fourth book, I switched to historical romances. One of these books was recently rewritten as a novella. When the first book was rejected, I was so devastated that I stopped submitting for years to avoid receiving another dreaded rejection letter. I so regret that delay and strongly urge any aspiring writer to not make my mistake. Nine of my twelve books are single-title books, but a couple of sequels are being considered. There’s one story, half written, fully plotted, that I have to find in some drawer or box because it keeps tugging at me, inspired by the technical papers I typed for scientists

What gives you inspiration for your book(s)?
I can be inspired by a song, a tragedy, a tidbit of research, a personal experience or a beautiful landscape. Sometimes a scrap of conversation drops into my head and invites further conversations in my head. Fun and sometimes frustrating. 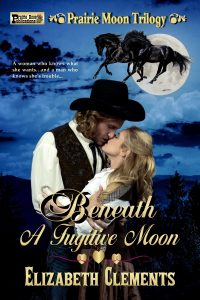 Could you tell us a bit about your most recent book and why it is a must-read?
Oh I hope Beneath A Fugitive Moon is a must read because it was a must-write. Besides, I love stories that bring back beloved “friends”. Remember those secondary characters I mentioned earlier? Well, Mike is so smitten with Jolene that he’s tongue-tied around her. It doesn’t help that Jolene is his best friend’s daughter and forbidden fruit. Thus, this feisty little

miss has to take matters into her own hands…and Mike is a handsome handful. Then, when Josh heard Mike was having his own story, he wanted one, too. That became Beneath A Desperado Moon, which I’m polishing to a high shine.