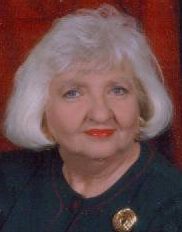 Since childhood, Agnes Alexander has been intrigued with all things western. On her first vacation in the west, she knew this was a part of the country and a history she wanted to write about.

Where did your love of books/storytelling/reading/writing/etc. come from?

Both my mother and father were avid readers. Not only did they read for pleasure, they read to their three children. They also told us stories and so did our grandparents. It still amazes me there are people who don’t read for pleasure or want to talk to the older folks in their families.

What are some day jobs that you have held?  If any of them impacted your writing, share an example.

My first job was in a department store as a clerk. I’ve also worked as a secretary, a payroll clerk, a Human Resource Manager and Real Estate Salesperson and when my daughter was small, I sold Tupperware and Christmas Around the World because I could take her with me.

The only job I ever wrote about was my HR job at a molding manufacturing company. It is a mystery titled STETSON MOLD COMPANY. Though the murder and other facts are pure fiction, some of the industrial accidents in the book did happen at my company or at another company I knew about.

How do you select the names of your characters?

Since most of my writing is set in the 1800s, I look for older names. I have a cousin who is into genealogy and she’s traced our history back to the 1300s. I’ve taken many names from this list. I also keep a name notebook. When I hear an unusual name or one I like, I jot it down on something and add it to my notebook. I also use the names of my family. In fact, a couple of books in progress have the names of my two grandchildren. In ISABELLA’S BABY the hero is named Trent Leighton - (my grandson’s 1st and middle name.) In TAMING BLAIRE the main female character’s name is Blaire Hampton - (my granddaughter’s 1st and middle name.)

What projects are you working on at the present? 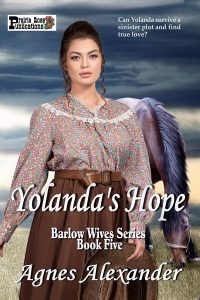 I’ve just finished The Barlow Wives Series. When I started writing Western Romance, I decided I’d write a book with a Woman’s name plus one word using all the letters of the alphabet. I didn’t want to go straight from A to Z, so I jumped around. I am now working on the last two - STELLA’S TIME and ISABELLA’S BABY.

What do your plans for future projects include?

I’ve started a new series with the temporary title: MORGAN VALLEY. Book one will be TAMING BLAIRE and is the story of Ace Morgan and Blaire Hampton.

Who is the most famous person you have ever met?

I’ve met many famous people through the years - singers, authors, actors and politions. But of all the famous people I’ve met the one who impressed me the most was Michael Jordon of basketball fame. It was at the Crosby Golf Tournament where they set up roped-off tents for the celebrities. I happened to be in the group at his tent and we were discussing life in NC. A boy of about eleven or twelve was in a wheelchair and was pushed up on the other side of the circle but was unable to get close to the ropes. Michael saw him and politely excused himself from me and stepped over the rope where the child was. He went to the boy, lifted his wheelchair with him in it and set it inside the tent. He then got on his knees and began talking to the child as if they were the only two people in the world. I’ll never forget the look on that boy’s face and I knew this act of kindness would stay with the young man for his entire life. It sure has stayed with me.