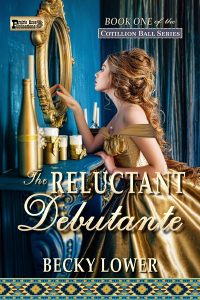 Beautiful Ginger Fitzpatrick wants nothing to do with New York City’s conventional society— after all, she is a bloomer-wearing suffragette who holds a position in her father’s bank! Her mother is determined her willful daughter must go to the popular Cotillion ball and look for a suitable husband during the “season”—and Ginger is given no choice. But when she meets her brother’s best friend, handsome Joseph Lafontaine, the mysterious man sets Ginger ablaze with a mere glance—and gives her second thoughts about remaining single.

Joseph knows he can never have Ginger. He’s totally unsuitable as a husband for this spirited, cultured woman, for many reasons. He’s from the rough-and-ready Western city of St. Louis, and he’s her brother’s best friend. But there’s one thing he can never overcome: he’s a half-breed Ojibwa, forever tainted in the eyes of these high-society whites from the East. Despite the budding love between them, her family will never accept him.

Joseph returns to St. Louis, and months later, Ginger follows with her father to attend to banking business there. Through a twist of Fate, a deadly accident brings Joseph and Ginger together once more, and this time, neither will allow another separation. Can they find happiness together despite their different backgrounds? It’s all or nothing for THE RELUCTANT DEBUTANTE…