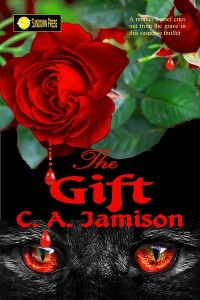 A feline beast haunts old Nellie Crane’s soul. Since 1912, twenty years have passed, and still, the tragic accident that caused her daughter’s death continues to trouble her. Nightly visits to the cemetery are hidden from her husband and a town full of people who did nothing to help when her precious nine-year-old died.Sheriff William Reed searches for a killer—a heartless murderer who has taken the lives of eight people. He follows a trail of suspects that lead to Nellie’s abusive husband…but is it the old man that wreaks havoc in his small river town—or something else?