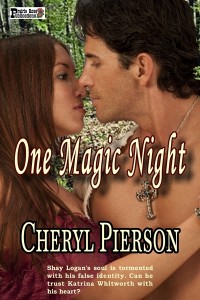 An Independence Day picnic... Will it prove to be more than a simple celebration?

At the Independence Day picnic, Katrina Whitworth meets an interesting, but completely unacceptable man. Even though Shay Logan is a doctor, Katrina’s father would never let her see him socially—Dr. Logan is Indian. Mr. Whitworth plans for his daughter to marry Jack Thompson, an acceptable suitor, and upstanding attorney. When Katrina’s father publicly raises his hand to her, the doctor does the unbelievable—he speaks up for her and protects her.

Dr. Shay Logan has returned from medical school to set up a practice he hopes will overcome racial problems, as the town badly needs a doctor. He hasn't counted on this young woman working her way into his heart and life so quickly—or the fact that he would be defending her against first her father, and then, the man she planned to marry.