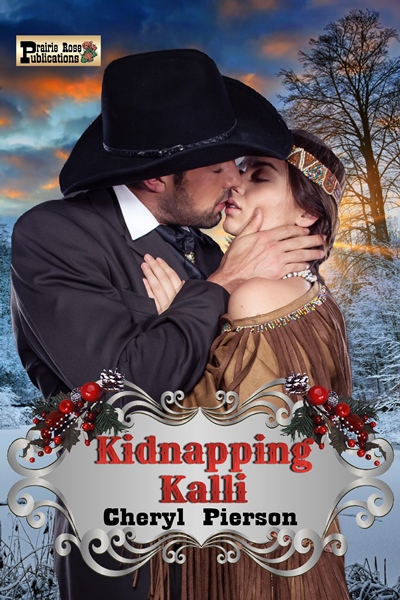 Texas Ranger Shiloh Barrett loses his hotheaded older brother to a gunfight over a hand of cards. Now the “winner”—a wealthy landowner who’s coveted the Barrett homestead—finally has what he wants. But could there be something Seamus O’Connor desires more than the Barretts’ land?

O’Connor has not seen his beautiful daughter, Kalli, for thirteen years. He knows that she's living with her mother’s Cherokee people in northeastern Indian Territory. Determined to have her kidnapped and brought to him, Seamus uses the deed he holds to the Barrett homestead to get what he wants. Even though it goes against everything Shiloh Barrett believes is right, O’Connor’s blackmail cannot be ignored.

But beautiful Kalliroe White Dove O’Connor has some tricks up her sleeve as the handsome ex-ranger spirits her away into the nearby San Bois Mountains. The tables turn when Shiloh is bitten by a rattlesnake their first day on the trail. Though Kalli tells herself she has no other choice but to stay with Shiloh—and she does want to reunite with her father—deep down, she knows there is another reason she can’t leave the handsome lawman. Could it be she’s falling in love with him?

In a final showdown with a cutthroat outlaw gang, Shiloh heads straight into the pit of vipers to buy some time for the man he despises—Kalli’s father. No matter how this all plays out, KIDNAPPING KALLI has been the best thing Shiloh Barrett’s ever done—if he only lives to see it through…