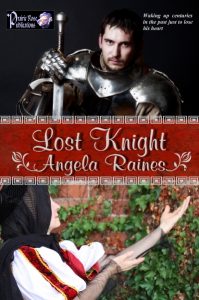 Annalisa has lost everything to her uncle. Taking sanctuary in a convent for safety, she yearns to go back and reclaim her rightful place. When she discovers a seriously wounded man, she realizes that he might be the one who can help her.

Jack wakes up in a convent, wounded and fearing for his own sanity. The last thing he remembers is a firefight in the Middle East, and the pain of being shot. Waking up centuries in the past is not what he expects—but Jack has his own code of honor, and when Annalisa asks for his help, there’s no way he can turn her down.

With the help of Mother Albrade, a nun who has powerful visions and knowledge of the future, Jack and Annalisa begin a journey of discovery and bravery that just might change both their lives—or end them.