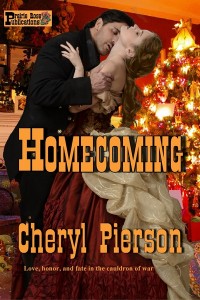 A holiday skirmish sends Union officer Jack Durham on an unlikely mission to fulfill his promise of honor to a dying Confederate soldier—his enemy. In an odd twist of fate, a simple assurance to carry young Billy Anderson's meager belongings home to his family a few miles away becomes more than what it seems.
As he nears his destination, the memories of the soldier's final moments mingle with his own thoughts of the losses he's suffered because of the War, including his fiancee, Sarah. Despite his suffering, can Jack remember what it means to be fully human before he arrives at the end of his journey? Will the miracle of Christmas be able to heal his heart in the face of what awaits him?