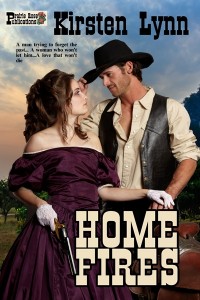 Cord Matthews sets his sights on the open Montana Territory when the War Between the States rips everything from him. Olivia Bartlett, the only woman he's ever loved, has been killed--a cross marks the place where she lies buried. Cord builds a new dream, but a ghost from his past won’t let him forget what his heart wanted most.

Olivia, forced to flee her Virginia home, finds new purpose as a nurse to the wounded at Fort Laramie, Wyoming Territory. War and separation haven’t diminished her love for Cord Matthews, or her stubborn belief that he is coming for her. Danger threatens once more with the impending arrival of a new commander at Fort Laramie--a man who has already tried to kill her once. Olivia flees to Montana Territory, seeking refuge.

Reunited on the Montana frontier, can Cord and Olivia hold tight to their love and defeat the man who seeks to destroy them both?