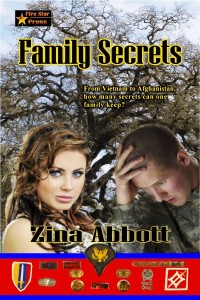 Jennie Graves Howell has a secret, including being thought of as a loyal wife to her husband serving in Afghanistan, a husband who has demanded a divorce.

Jennie’s family do not want her to delve into the past. Grandpa Mike refuses to talk about his experiences in the Vietnam War and the aftermath. He wants the biggest mistake he ever made to remain hidden in the past, including family members Jennie never heard about until hints of their existence begin to seep through the cracks of secrecy.

Her new friends at the Golden Oaks Family Ties club are willing to teach Jennie the skills she needs to unlock her family’s secrets, but is she willing and emotionally strong enough to learn what her family has kept hidden?