Deadly as the Driven Snow (A Calendar Clan Mystery Book 2) 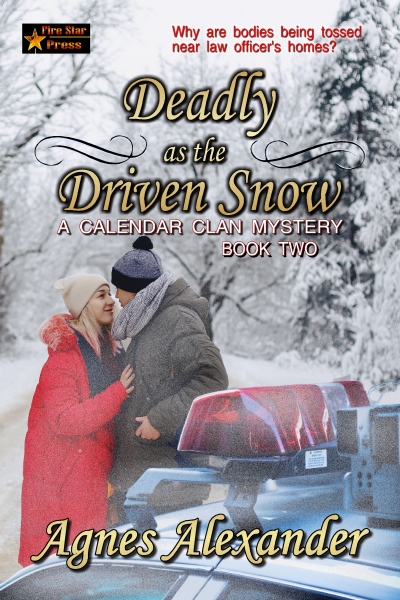 When a mortally wounded man turns up on the back porch of newlyweds June and Jason Striker, they know the honeymoon is definitely over. As Sheriff of Edison County, Jason can’t let a killer snowstorm stop him from trying to find the perpetrator of this crime—and June, a novice private investigator, is determined to help.

But the mystery deepens when other murdered victims are tossed out around the small North Carolina town, and a man tries to break in to the Striker household. What do these dead men have in common—or is some kind of message being sent?

It all becomes dangerously personal when June and Jason’s home is attacked, and they must go into hiding to survive. Can they beat the clock to discover the killer’s motive before he strikes again? Or will their marriage end quickly, as DEADLY AS THE DRIVEN SNOW…