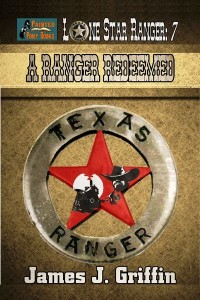 The company of Texas Rangers led by Cap’n Dave has come down with influenza. Once the outlaws in the area realize the Rangers are temporarily out of commission, they have a field day—especially a gang of bold train robbers!

Nate and Hoot, along with some of the others who are able to ride, track down a group of cattle rustlers, but not without paying the price with one of the lives of their own.

When the Rangers are able to go after the train robbers, it takes every last man to subdue the outlaw gang and keep the train under their control—or face dire circumstances. Though Nate and Hoot manage to have some fun along the way, they know if the outlaws take the train they’re on, they could lose their jobs—or their lives.

Outnumbered, the odds don’t look to be in the favor of the Rangers—but the outlaw gang never counted on these Rangers being so tough and unwilling to face defeat. Nate’s still the youngest Ranger in the bunch, but he fights back with guns blazing. The robbers got away once, but Nate’s determined this time to be A RANGER REDEEMED…